Ivory Coast international Maxwel Cornet played a big role for Burnley during their latest Prejier Legaue clash with hosts West Ham United which ended in a 1-1 draw. The Ivory Coast national team star played a big role in the outcome of the game as his Burnley team could have won the game if he was clinical from 12 yards out. 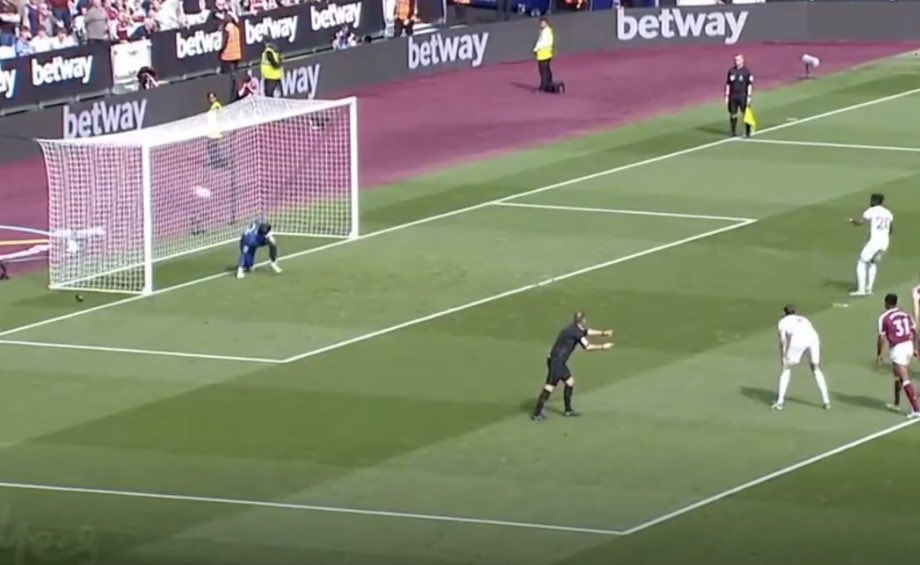 Burnley came into the league game against the Hammers on the back of the shock dismissal of manager Sean Dyche. The Burnley boss was dismissed after a decade in the Clarets dugout with his last game turning out to be the disappointing 2-0 defeat at the hands of bottom team Norwich City which was a massive dent in the quest to survive demotion to the English Championship, the second level of club football on the English scene.

The game between hosts West Ham and Burnley had to be stopped for a while after midfielder Ashley Westwood suffered a serious injury and was subsequently replaced by Jason Brownhill. Hammers attacker Nicola Vlasic had to be consoled by his teammates after he broke down in tears as a result of the injury to Westwood. Play resumed almost immediately after Westwood received a lengthy treatment on the field and was then taken away in a stretcher. Burnley took the lead almost after the incident through Dutchman Wout Weghorst who was able to score just his second goal for the Clarets since his transfer from VFL Wolfsburg in the German Bundesliga. The Clarets could have doubled their lead if Ivory Coast international Cornet scored from the resulting penalty after being fouled by Hammers goalkeeper Lukasz Fabianski. Burnley could have taken a 2-0 lead into the break if Cornet scored the penalty having denied Jay Rodriguez the chance to take the spot kick. Tomas Soucek of the Czech Republic made Cornet rue his missed penalty after he scored for West Ham United in the second half for a share of the spoils.

With the draw, Burnley were able to move within three points of Everton when a win could have moved them within one point. The Clarets are occupying the third spot in the relegation zone.