Two-time African champions Ivory Coast are on the verge of sealing a place in the next round of the African qualifiers for the World Cup 2022 tournament, but they need to do one last job to secure their place. Ivory Coast are at the top of Group D ahead of rivals Cameroon as far as the second round of the African qualifying campaign for Qatar 2022 is concerned and they have a spot in the third round in their sights. 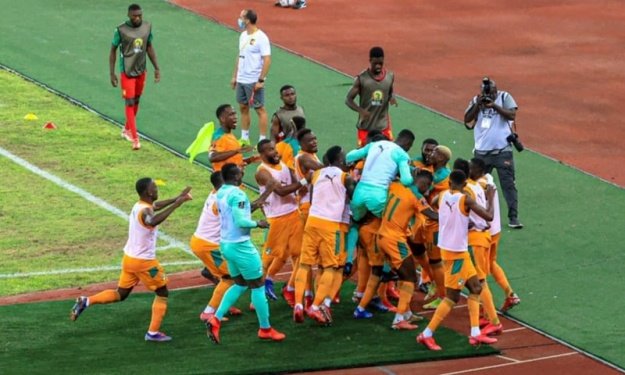 For the sixth and final set of games in the group, Cameroon will play hosts to the Ivorians at the Japoma Stadium in Douala on Tuesday night, while Mozambique will entertain Malawi at the Stade de l’Amitie in the Benin Republic capital of Cotonou.

The major attraction would be in Douala where hosts Cameroon will attempt to beat Ivory Coast so as to usurp them at the top of their group. The Cameroonians need a win to continue their World Cup qualifying campaign into the third round, while the Ivorians would be fine with a draw.

Ivory Coast and Cameroon would be meeting for the second time during this qualifying campaign. In their first meeting, Ivory Coast scored twice in the first half on the way to a 2-1 win at home to the Cameroonians. Ajax Amsterdam striker Sebastien Haller has been one of the most in-form strikers on the European football stage this year and he was responsible for the two Ivory Coast goals  at the expense of Cameroon. Young Boys star Moumi Ngamaleu pulled one back for Cameroon in the second half, but it turned out to be mere consolation.

Cameroon can avenge that defeat to the Ivorians when they meet later on Tuesday.