African Cup of Nations (AFCON) 2023 hosts Ivory Coast have dropped points against hosts Lesotho in their latest qualifying match ahead of the tournament. The Ivorians were favourites ahead of their qualifier against Lesotho at the Dobsonville Stadium in Johannesburg, but they could not live up to the tag. Ivory Coast failed to justify the favourites tag after they were forced to a goalless draw. 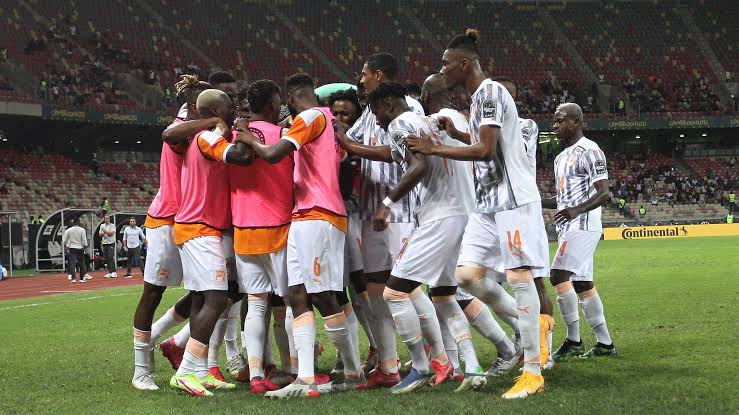 Ivory Coast are in the same qualifying group for the 2023 AFCON tournament on home soil alongside Lesotho, Comoros and Zambia. They are all in Group H of the AFCON 2023 qualifiers. In the first set of group games, Comoros beat Lesotho 2-0 at homecourtesy two second half goals from YoussoufM’Changama and BenjaloudYoussouf. In the other group game, Ivory Coast got the better of Zambia at home via a 3-1 scoreline with all the goals coming in the second half. The Ivorians had to wait until the midway point of the second half for the opener from skipper Serge Aurier. Christian Kouame added a second goal for Ivory Coast on 76 minutes before IbrahimaSangareedged the home team 3-0 ahead with a minute left to play. Leicester City striker PatsonDaka then scored a consolation goal for Zambia in stoppage time.

For the second set of games in the group, Zambia recorded their first win after coming from behind to beat Comoros 2-1 at home. Ben Nabouhanegave Comoros the lead on 13 minutes and it was cancelled out by the goal from Brighton and Hove Albion midfielder EnockMwepu for Zambia on the stroke of half-time. Red Star Belgrade midfielder King Kangwa scored the winner for Zambia two minutes from time. Lesotho and Ivory Coast played out a goalless draw in the other group game.

After two Group H games, Ivory Coast lead with four points ahead of Zambia in second place with three points. Comoros in third place also have three points, but they are behind the Zambians due to an inferior head-to-head record. Lesotho is last on the table with one point.